Longhorn is a lightweight, reliable and easy-to-use distributed block storage system for Kubernetes.

Longhorn is free, open source software. Originally developed by Rancher Labs, it is now being developed as a sandbox project of the Cloud Native Computing Foundation. It can be installed on any Kubernetes cluster with Helm, with kubectl, or with the Rancher UI. You can learn more about its architecture here.

With Longhorn, you can: 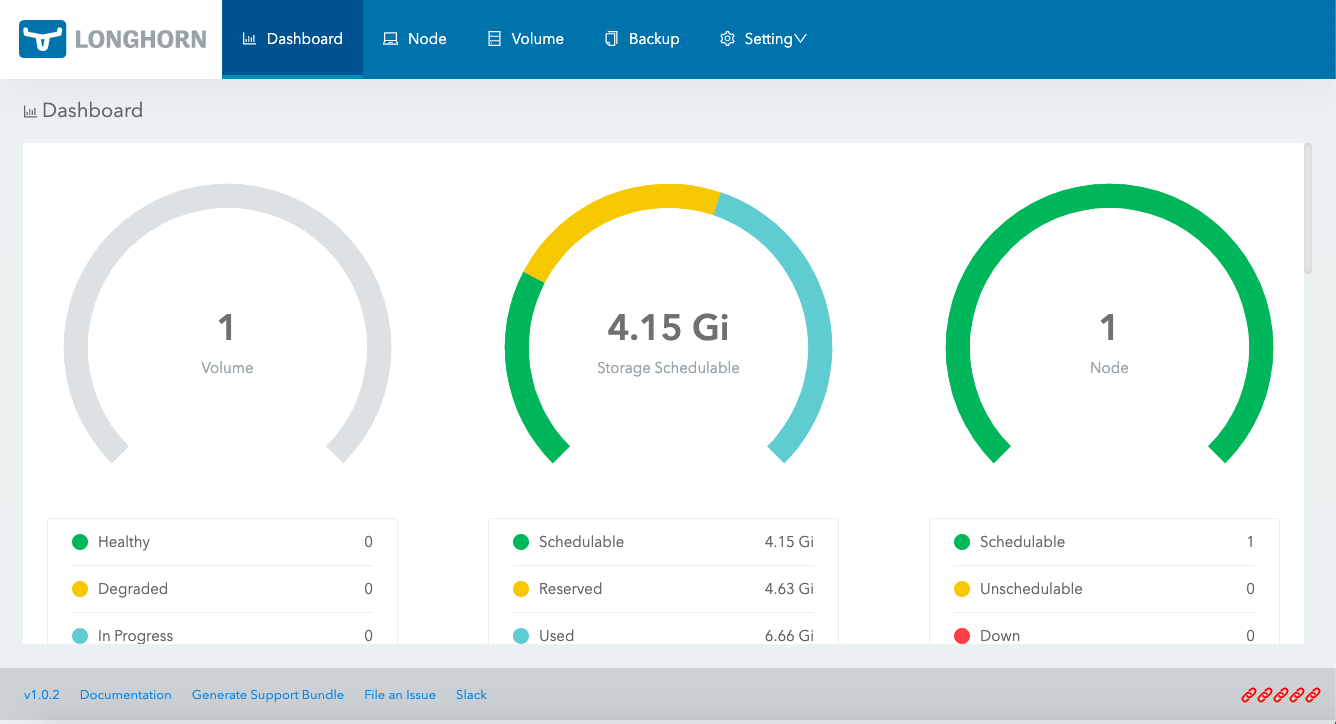 Before Rancher v2.5, Longhorn could be installed as a Rancher catalog app. In Rancher v2.5, the catalog system was replaced by the Apps & Marketplace, and it became possible to install Longhorn as an app from that page.

These instructions assume you are using Rancher v2.5, but Longhorn can be installed with earlier Rancher versions. For documentation about installing Longhorn as a catalog app using the legacy Rancher UI, refer to the Longhorn documentation.

Result: Longhorn is deployed in the Kubernetes cluster.

Accessing Longhorn from the Rancher UI

Uninstalling Longhorn from the Rancher UI

The Longhorn project is available here.

The Longhorn documentation is here.

Longhorn creates a dedicated storage controller for each volume and synchronously replicates the volume across multiple replicas stored on multiple nodes.

The storage controller and replicas are themselves orchestrated using Kubernetes.

You can learn more about its architecture here.