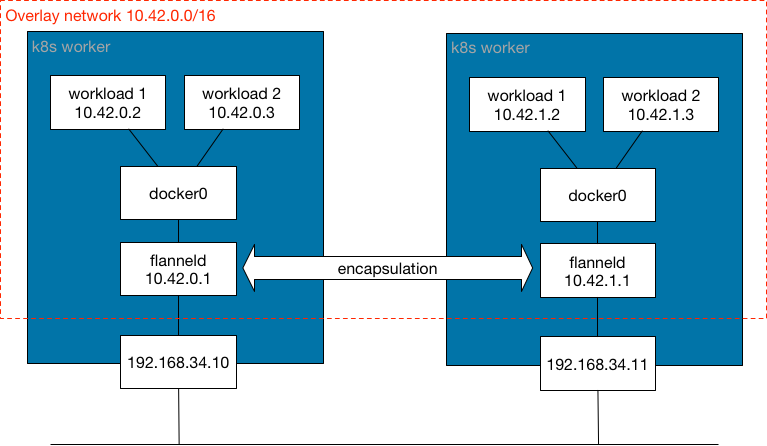 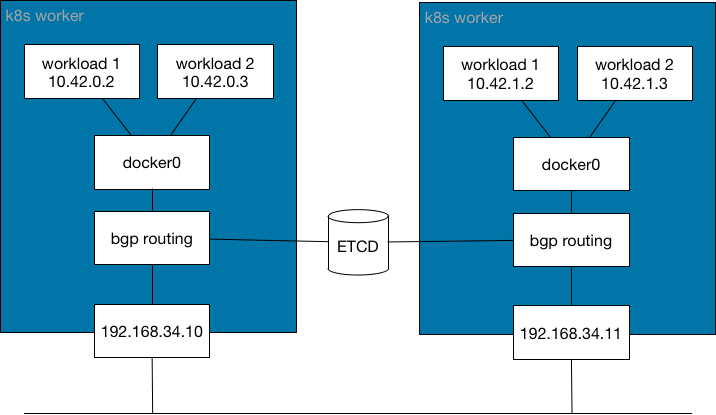 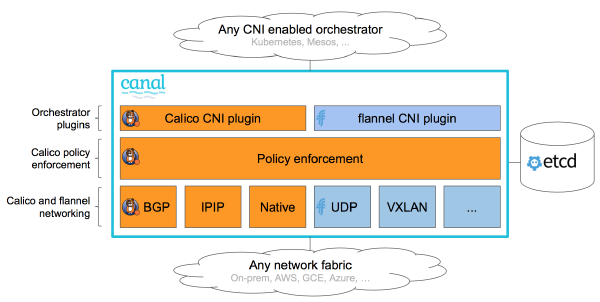 Calico enables networking and network policy in Kubernetes clusters across the cloud. Calico uses a pure, unencapsulated IP network fabric and policy engine to provide networking for your Kubernetes workloads. Workloads are able to communicate over both cloud infrastructure and on-prem using BGP.

Canal is the default CNI network provider. We recommend it for most use cases. It provides encapsulated networking for containers with Flannel, while adding Calico network policies that can provide project/namespace isolation in terms of networking.