*This post is now a bit out of date. Since posting this article we’ve added full support for Mesos environments directly into Rancher. You can read more about it at rancher.com/mesos. * Hi, I’m Sidhartha Mani, one of the engineers here at Rancher Labs. Over the last few months I’ve been working with Apache Mesos, an open source resource manager and scheduler, which can be used to deploy workloads on infrastructure. Mesos is very good at understanding resources and capacity management, but for more advanced workload or container management, many users choose a framework such as Marathon. Frameworks provide capabilities like load balancing, service discovery, rolling upgrades, application composability, continuous deployment and others. A number of Rancher’s community members who are also using Mesos have felt the need for a system that combines the fault tolerance, and scheduling capabilities of Mesos with the multi-tenant, private container service capabilities provided by Rancher. One community user, Marcel Neuhausler from AT&T Foundry, took the initiative to chart a broad design and envisioned a workflow for such an integration. He had a very interesting insight to combine Mesos’ ability to schedule VMs with Rancher’s ability to then manage those VMs and deploy containers on them. He wrote a Mesos framework for Rancher on Mesos, which proved to be a great starting point for writing the framework I’m going to talk about today. In this blog, I am going to describe the ideas and the software - Rancher Mesos framework, that resulted through the act of collaboration with Marcel. This framework can be used to setup large scale production jobs like Hadoop, Kafka, ElasticSearch etc. in docker containers, as well as any part of the DevOps pipeline, such as build, test, staging or production application environments. In the sections below, I’ll discuss the architecture of the framework, and show you how to set it up on your local environment. 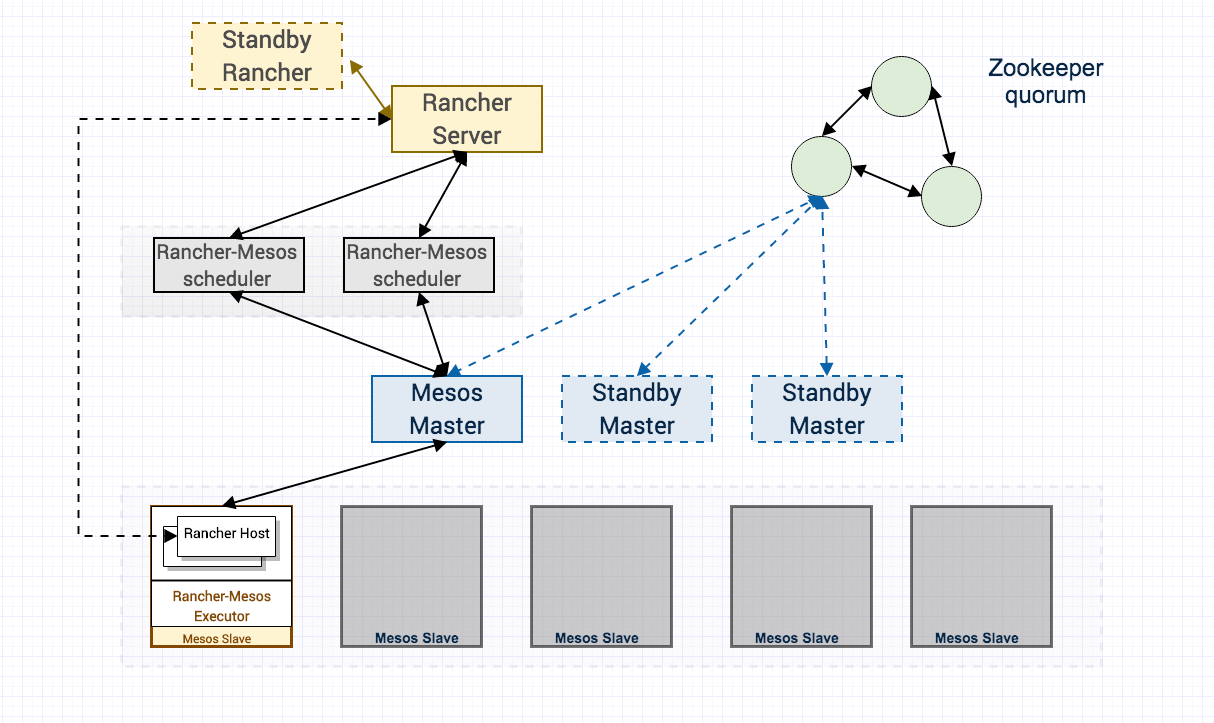 As you can see, Rancher integrates with Mesos using standard Mesos interfaces - A Mesos framework. The various components are

The user’s point of view of working with the Rancher Mesos framework would be no different from using Rancher today. 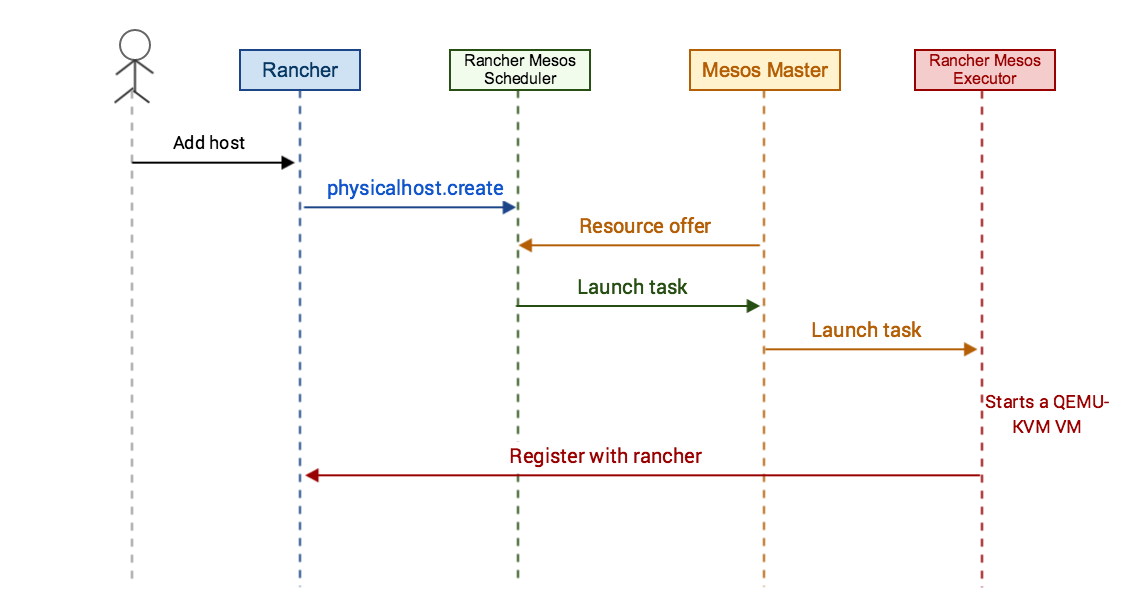 In this section, I’ll show you how to setup this architecture on your laptop to try it out. We’ll use VMware fusion pro to virtualize the setup as it requires changing networking configuration, and its easier to work this way. Download the iso for Ubuntu Desktop 14.04.2. In VMware fusion, select Add > Install from disk or image. Make sure you enable nested virtualization, and have at least 2GB of Memory before booting. To enable nested virtualization

Now boot it up.

Hopefully this gives you an idea of how to deploy Rancher as a framework on Mesos. Thanks again to Marcel from AT&T Foundry for workign with our team on this, and all the other community members who have attempted or suggested this integration. With Rancher on Mesos, creating a multi-tenant private container service, on top of your Mesos cluster.

Also, If you’d like help setting up your environment please join our Rancher beta program, request a demo, or register for our next online meetup.